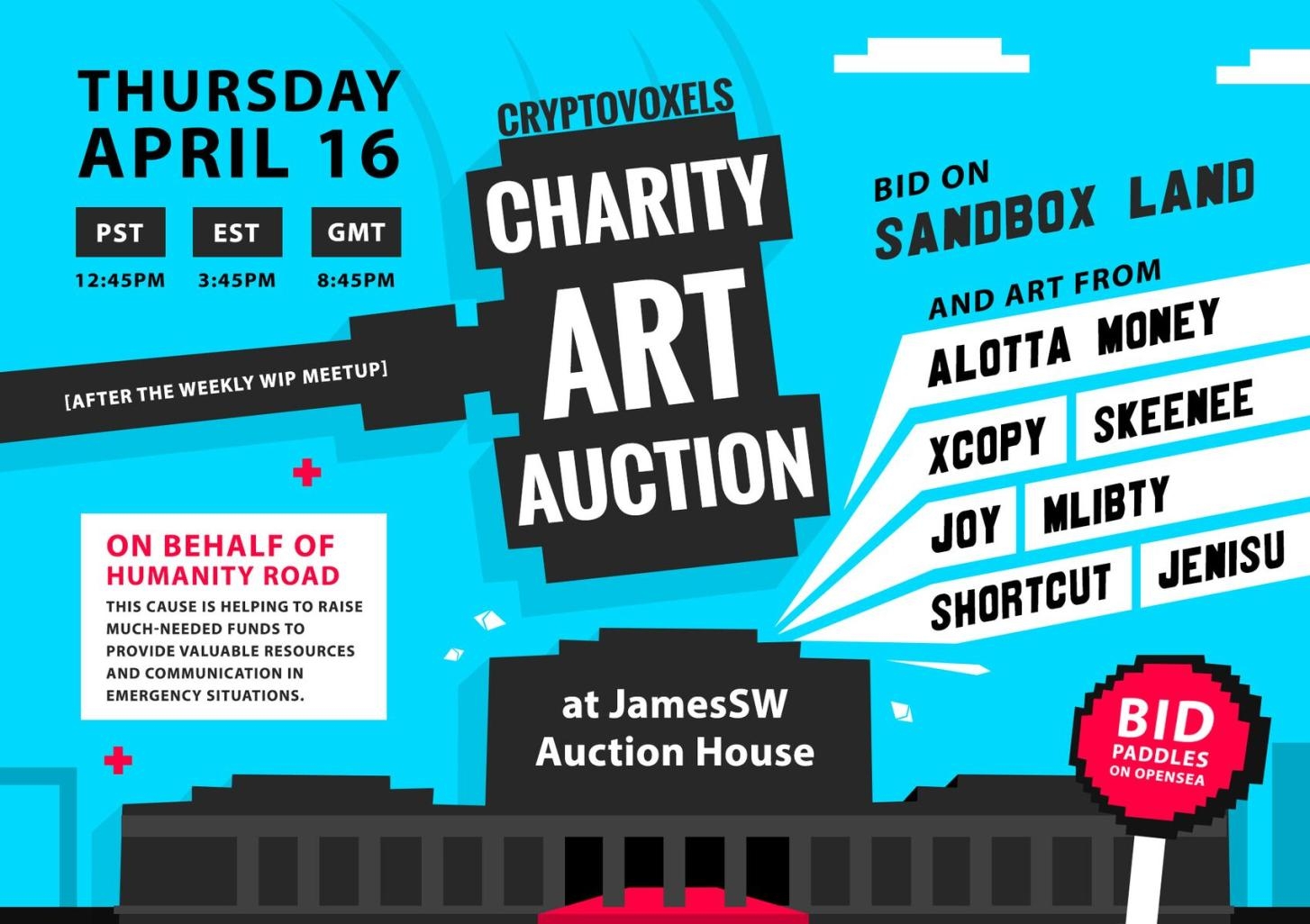 Our first billboard campaign is dedicated to a charity event.

Don`t miss the opportunity to bid on art from Alotta Money, XCopy, Skeenee, Joy, Shortcut, Mlibty, Jenisu, Pixelchain and more! There will also be Sandbox Land at auction.

The auction will support the project „Humanity Road“, a Virginia based disaster response organization. We are happy to take a small part in this charity project organized by Cryptovoxel community members.

And we would like to thank Lee Mason. He is an UK-based graphic designer and illustrater. He is also a cryptoartist known under the name „metageist„. When he heard about this project he offerd to take part and designed an awesome billboard ad.

This community is amazing!